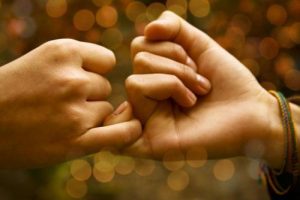 Sam limped home, his whole body covered in bruises. Blood dripped from
his bloody nose and his eye had swelled up. His whole body was in a very bad
state. Anyone who saw him might think that he had got beaten up in a fight. As
he limped into the house, his mother froze in shock. He sat at the dinner table
that night, and noticed the disappointment and sadness on the faces of his
parents. They both did not speak, their eyes downcast.
“I’m… I’m sorry…” Sam mumbled softly. Sam had some anger management
issues and often got into fights, mostly in his school. The principal of the school
almost kicked Sam out of school once but he let him off, giving him one last
chance.
“Sam, can you promise me and your mother something? Can you promise us
that you will not fight with anyone again? We don’t want you to get kicked out
of school,” Sam’s father asked.
“Um… okay, I’ll try.”
A few days later, Sam and his friend Harry went to the nearby playground
after school. When Sam went to play at the swings, out of the corner of his eye,
he saw a hulking figure disturbing Harry. The huge boy kept poking Harry to
annoy him. Sam jumped off the swings and got ready to fight the bully. Just
then, he remembered what he had promised his mother and father a few days
before. So instead, he walked up to the bully and tapped him on the shoulder.
“Um… can you stop annoying my friend? Can’t you go and play something
else?” Sam said, trying to control his anger. The bully was about a head taller
than Sam. His messy black hair was all over his face. His big brown eyes peered
menacingly down at Sam. His arms and legs looked quite muscular even
though his stomach bulged. The bully sneered at Sam, which made the urge to
fight even stronger.
“Huh!? You think you can command me to do anything you want? I don’t
listen to puny, useless boys like you!” He made a face at Sam. Sam closed his
eyes and breathed in deeply, trying to fight the urge to hit the big punk. The
bully continued to poke Harry.
“Please, stop,” Harry kept asking the bully.
“You want me to stop? Huh!?” The bully suddenly punched Harry in the
stomach before pinning him to the ground, raising his fist into the air.
“This is how I stop, watch closely as I thrash your friend! I am going to have
so much fun!” Sam clenched his fist, getting ready to fight the bully. His eyes
narrowed as he scowled at the bully.
“Ha ha! Making faces at me does not mean that I will listen to you!”
“Sam, don’t… remember the promise you made to your parents, I’m fine don’t
worry…” Harry looked helplessly at Sam.

“I’m sorry mum and dad but I have to do this!” Sam rushed forward, punching
the bully in the stomach before dodging the bully’s fists. He kicked the bully in
the legs before getting a blow on his chest. Sam hammered home one of his
own kicks before side-stepping the bully’s punch. For a few more minutes, the
two boys fought with each other, they tumbled, dodged, and punched each
other. Everything happened so fast and a few minutes later, the bully was
pinned to the ground by Sam. Both of them had bruises and cuts on their
bodies. All the while, Harry stood at the side, watching the fight with his jaw
wide open.
“No, Sam you can’t do this, you can’t,” Harry looked in disbelief.
“Please…please get off me…” The bully panted. In his heart, the bully was
shocked and dismayed that he had lost to Sam.
“Nope, not yet. First, you must promise me that you will not bully anyone
else. Second, you must apologize to my friend Harry, only then will I get off
you!” Sam held out his pinky, waiting for the bully to do the same.
“Fine, I promise!” The bully sighed and held out his finger. When Sam
returned home, his mother’s face showed total dismay.
“Again?” She sighed.
“I’m very sorry mum, I tried to keep my promise,” Sam related the incident
from head to tail to his mother. When he was done, his mother stood up and
patted him on the shoulder.
“You know, I am very proud of you son. There is nothing to be sorry about,
you did not start the fight, you were defending your friend so you kept your
promise,” Sam’s mother beamed at him. From that day on, Sam kept to his
promise and never fought with anyone else. The bully also kept his promise
and never bullied anyone else again.