Once every month, I’ll try to upload a great story written by one of our kids. Here’s the first! 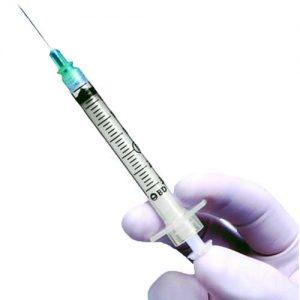 “Class, you will have your immunisation and doctor’s appointment on Monday so please come in your Physical Education attire!” the teacher of 5G announced.

It was Friday and everyone was doing work. Luke looked up with a horrified expression on his face. He turned to his twin sister Leia, and whined, “No! I don’t want to go!”

Leia laughed and said rather scornfully, “Come on! Don’t be a baby! It’s only an injection!” That was it. Luke was terrified of needles. Luke scowled at her and turned his attention back to work. Even though he was looking at his workbook, he did not see any of the questions. Luke worried about the injection- and he would not stop worrying.

When school ended, Luke and Leia both headed home together, chattering and walking at the same time. They finally reached home and were greeted by their mother. When Mrs Chan, their mother, saw the faraway expression on Luke’s face, she asked him, “What’s wrong, Luke dear?”

Before Luke could answer, Leia spoke up, “It’s because we have an injection next week on Monday, so Luke is afraid.” Mrs Chan asked Luke if this was true. He nodded forlornly and retreated to his room before his mother could ask any more questions.

Over the weekend, Luke came up with all sorts of excuses to get out of having the injection like, “Mummy, I’m sick so I cannot go for the jab,” and more. As the day grew closer, Luke grew more and more worried and Leia and Mrs Chan were really worried about him.

Finally, when Luke woke up on Monday morning, it dawned on him, it was the day of his worst nightmare- the injection. He trudged downstairs and ate his breakfast as slow as possible. At last they were headed off to school. Once Mrs Chan dropped Luke and Leia off, she said with a big grin, “Luke, may the Force be with you!” With that, she left.

After about one hour, it was time for the twins to go for the check-up. They walked steadily into the doctor’s office with their classmates. Luke tried to move as slow as a snail, but soon enough, it was time for the injection. Luke and Leia watched their classmates taking the jab, Luke grew even more nervous when he saw some of his friends burst into tears. So, when the nurse called his name, instead of sitting down, he made a run for it, running as fast as his legs could carry him! Without hesitation, Leia bolted after him. She was a slower runner than him but finally she saw him. Luke was sitting on a bench, drying his tears of embarrassment. She immediately advanced towards him and put her arm around him and said, “It’s alright! There’s nothing to be afraid of!”

Luke turned to her, smiled and said, “Thanks Leia, before you arrived, I thought I was foolish Leia! I should not have been so scared! I just remembered Mummy saying it won’t hurt, it’s just like an ant bite. Well an ant just bit me… and it didn’t hurt! I think I’m ready to go for the jab,” Relieved, Leia clutched her brother’s hand and they went back.

Luke sat down and the nurse gave him the jab. This time, Luke did not whine. Luke did not cry. Luke did not scream. When he was done, he grinned at Leia- he had finally overcome his fear.